The Church Needs to Unify in the Battle For Right to Life
Thursday, June 10, 2021 by Christine 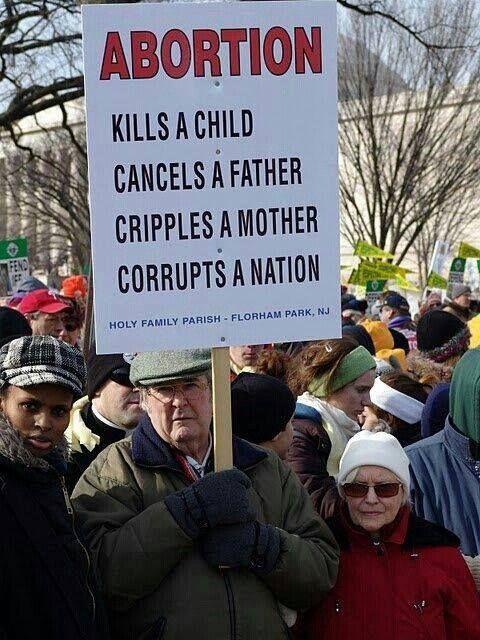 Founder Benjamin Rush stated, ‘By removing the Bible from schools we would be wasting so much time and money punishing criminals and so little pains to prevent crime. Take the Bible out of schools and there would be an explosion in crime.’

A near eight-hundred percent increase in crime in just over half a century bears out his warning to America. Crime explodes without a true moral compass for how to live, because man cannot change his behavior apart from God. Without God and left to his own devices, man justifies behaviors that are anathema to the Creator.

I am sure that God’s tender embrace of the sixty-five million babies we have callously murdered—and counting by the thousands daily—is not without growing wrath for the injustice towards human beings made in His image.

‘There are six things the Lord hates, seven that are detestable to Him; haughty eyes, a lying tongue, hands that shed innocent blood…’ {Proverbs 6_16-17}

The abortion industry, pro-abortion politicians and Hollywood stand before audiences and cameras, and tell abominable lies that the shedding of innocent blood is a right. Hollywood sweethearts wave worthless metal idols in the shape of man, while gushing with pride, that had it not been for murdering their own offspring they would not have won them. Crowds before them clap in approval and admiration.

Politicians arrogantly assert they will ‘protect’ baby murder, not babies. And the abortion industry is filled with apostates claiming to do ‘the Lord’s work,’ and reprobates who have become immune, jovial and mocking about how they tear to pieces human beings in the womb. That is, when they aren’t mutilating the bodies of babies further along in development for illegal sale. That is, when they aren’t cutting the organs out of babies born alive during an abortion or intentionally delivered alive to brutally remove those parts for sale. That is, while the Democrat party has refused to protect these babies born alive some one-hundred times when the Republicans have attempted to get a vote to stop the madness.

We have allowed a procedure considered tragic and rare not too long ago, {when so many women did not even realize they were carrying human beings with a complete set of DNA at conception, and a heartbeat in just two to three weeks}, to spiral into a complete lack of all moral restraints and infanticide. For abortion truly corrupts a nation that cannot wantonly kill human beings in the womb and not expect murder to spill onto the streets and into the schools. There is no longer a valid debate to negate the science of human life since the ultrasound and advances in medico-technology, but rather a callous disregard for pre-born lives. Abortion advocates know this, so have resorted to haughtily justifying murder without remorse for their selfishness. As Mother Theresa said, ‘Any country that accepts abortion is not teaching its people to love, but to use violence to get what it wants.’

Where has the church been for fifty years? Many run crisis pregnancy centers and engage in prayer in front of abortion clinics. But the body of Christ has not risen in one mind and one spirit by its millions and demanded an end to the barbarism. The result is that in New York, where abortion began, the state now forces pregnancy crisis centers to incorporate pro-aborts on their staff, and the church has not in unison said no. The state turns a blind eye to the harassment of prayerful, brave souls who stand outside of abortion clinics.

New York arrested two young black women during the covid pandemic for breaking its covid restrictions while defending life in the city where more black babies are killed in the womb than in any other state. Yet, it continues to allow riot after riot of covid-rule breakers for nearly a year. And the body of Christ has not said no. Physical assaults of even the elderly praying outside of abortion clinics has become all too common, yet the church has not been so large in numbers outside abortion clinics that it forms a Godly hedge of protection one for another in the battle for the right to life.

Pro-life organizations are increasingly censored or banned on social media sites. The church has not by the tens of millions said no. Sermons from the pulpit about the unjust abomination to God of shedding innocent blood in the womb are few and far between.

To be clear, I am not disparaging individual churches or people hard at work defending life in the womb. Rather, I am pointing out that without unity of the entire church crying out against abortion injustice, we continue to lose the battle for life. I see so many attempting to engage in the battle on social media, ineffective to change policy or legislation, and increasingly censored or banned. Prayer is essential, but so too, is a unified, massive physical presence in the public square to defend babies.