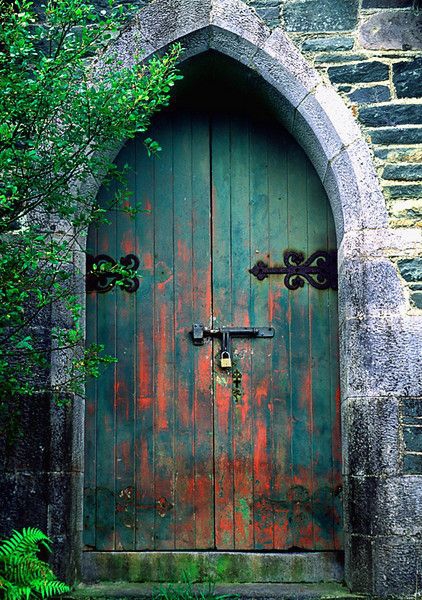 H.R. 1 Would Be A Bigger Test For The Church Than Covid Shutdowns {Part 2}

If H.R. 1 passes through the Senate and his signed by Joe Biden, conduit of Progressivism, the state can trespass right into the pulpit or synagogue forbidding Biblical teaching. Marriage as a divine covenant between one man and one woman as right, and the practicing of homosexuality or the shedding of innocent blood through abortion as wrong, could all become prohibited hate speech. In the age of citizens constantly surveilling one another with cell phones, and Leftist agitators most aggressive in their attacks on the church, we should not be surprised by a citizen police reporting back to the government infractions of H.R. 1 almost exclusively by Bible-believing, preaching churches. They can also demand staff and ministry positions, monitor sermons, influence children with sexual perversion and even require gender-neutral or transgendered bathroom facilities in both churches and Christian schools. These same agitators aptly have called themselves ‘the resistance’ throughout all of Donald Trump’s presidency. Satan is called the ‘resistor’ in the New Testament, for he resists God and his people.

But the universal church has divinely powerful weapons against our enemy of deceit, lies and destruction. We are to live on the attack to destroy the devil’s fortresses everywhere, including where we might least expect it, in the pews. Romans 12:21 says, ‘Do not be overcome by evil, but overcome evil with good.’ There is no middle ground in this verse. We either overcome evil or we are overcome by it.

Should H.R. 1 become law, it will be a test allowed by God for the church unlike anything before. This is His divine prophesy in these last days that ‘At that time many will turn away from the faith and will betray and hate each other, and many false prophets will appear and deceive many people.’ {Matthew 24:10-11} I believe what makes these days appear to be some of the last is the growing number of apostate churches allowing themselves to be overcome by evil worldly influences, deceiving many into believing we must force God and His Word to catch up with the culture. We do not change God! He is God, we are not and to believe that He or the Bible need to evolve into acceptance of our sinful, rebellious nature and practices is exactly what Lucifer thought before he was cast out of heaven! I believe we are at a pivotal point for the church where the persecution, hatred and concept of losing one’s life Jesus refers to in verse 9 for preaching the Truth without the compromise of worldly social justice will be just too much for some. It already is.

God is calling forth a remnant to stand firm and who would not want to be among them? I have been in the same place as millions of Christians, not offensively exercising authority over the devil, but allowing the devil to get a foothold in the culture. The devil got a foothold when the state removed the Bible from the classroom, but the church did not rise up with divine power to oppose. We now have pandemics of crime, mental illness and purposeless, angry and rebellious youth. It did not rise up when abortion became legal, and it became full-term infanticide. It did not rise up when gay marriage was pronounced the law of the land, and it became an explosion of children indoctrinated to believe they have the wrong genitalia. So far, it has not risen up in all its numbers against Critical Race Theory, and it has become a widely-mandated racist, perversion of our Declaration of Independence and the lack of partiality God demonstrates to all the world. Many are acquiescing to ungodly poisonous seminars in order to get and keep jobs. It has not risen up against forced financial complicity in killing infants through taxation. If it does not rise up against The Equality Act, the buildings it has fought to gain access to will no longer be safe havens. They will be buildings trading light for darkness and evil for good, as they install transgender-friendly bathrooms and acquiesce to their children’s exposure and embrace of LGBT and transgender influence. Churches will become nothing more than extensions of public libraries.

It remains to be seen how churches will respond. After doors mandated shut by government officials during the corona pandemic, will many houses of worship now willingly close their doors? Will some react with anger, hatred and volatility to perversion? Or will they opt to return to the Apostolic church that did not meet in buildings but in homes? Will some acquiesce to the state’s interference, functioning as apostate churches? Will others that are larger and better equipped to take on the state with legal challenges do so? Will yet more, small in numbers and nestled in remote, rural areas carry on in a quiet confidence that they are safely out of reach of government overreach? Or will a small few recognize that the mission field is sitting in its pews and that to be in the world, but not of it means to stand firm for Jesus in the face of persecution, threats, citations, handcuffs and even imprisonment while in the midst of Sunday morning sermons? I fear that many churches accustomed to defense against the devil’s schemes, forced into hard-fought battles to re-open houses of worship, will willingly close them. Yet, I only fear for them, not for the true church of love without compromise, for ‘the one who stands form to the end will be saved.’ {Matthew 24:13}